Rob
Leave us a message

Your message has been received!

Oops! Something went wrong while submitting the form. 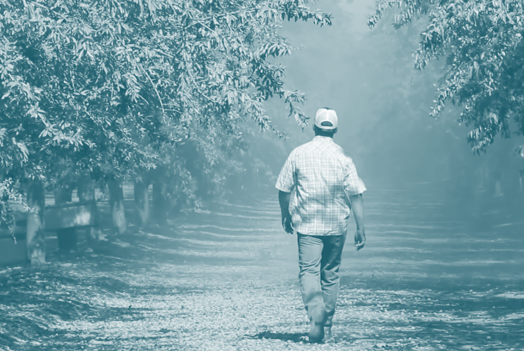 We provide Central Valley growers with water security and financial visibility. Regardless of water year and allocation, the cost of our treated well water is always the same and significantly less than alternate sources.
Learn More
Learn More

Water Treatment as a Service
We manufacture, install, own, operate, and maintain high-end water treatment equipment. We deliver our systems in movable shipping containers and integrate with your existing pump infrastructure and power source.  During operation, we remotely monitor the equipment to ensure performance.

There is no expensive equipment to purchase, operate or maintain.  We take care of all that.  Growers only pay for acre-feet that are treated, subject to an agreed-upon annual minimum. 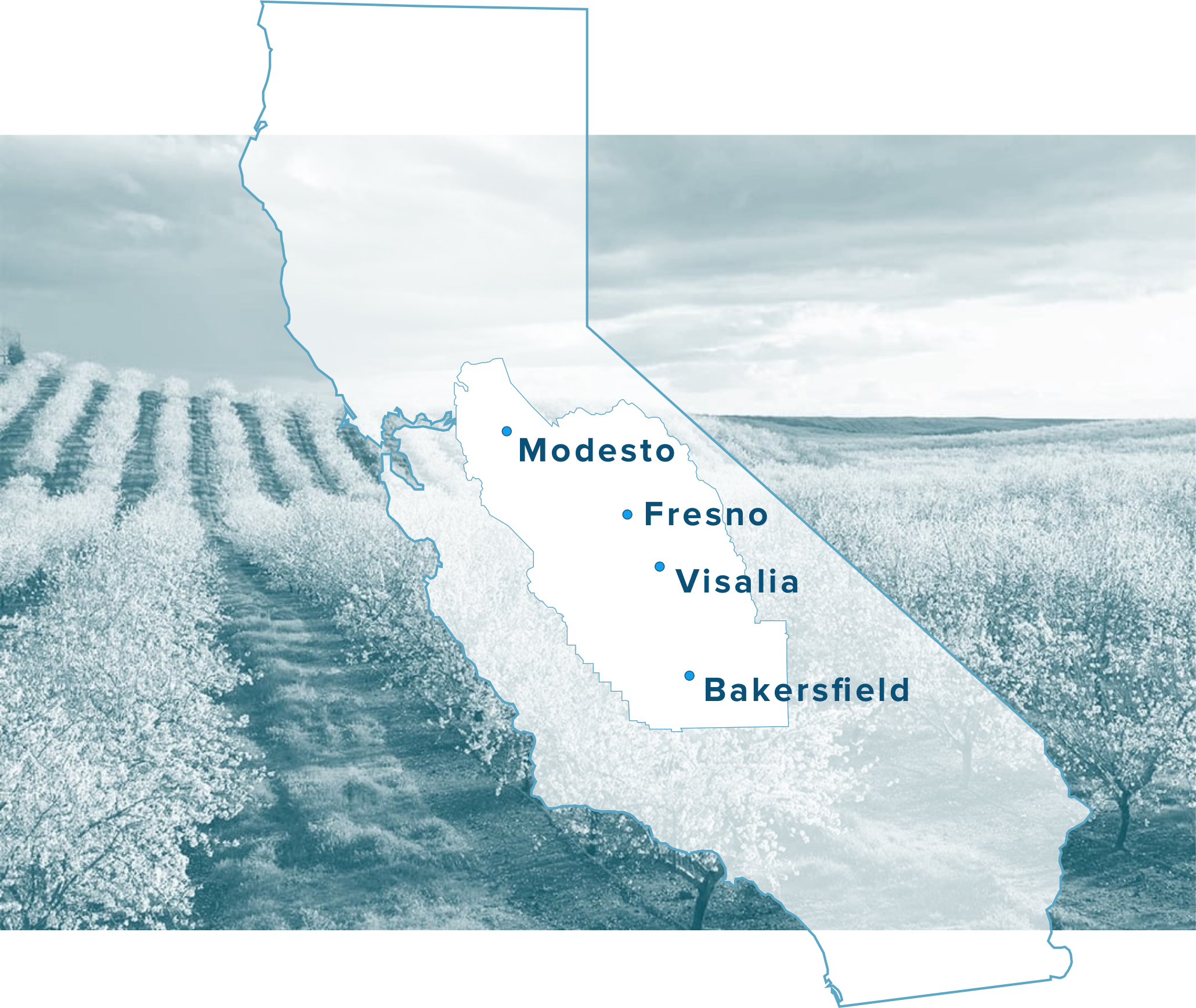 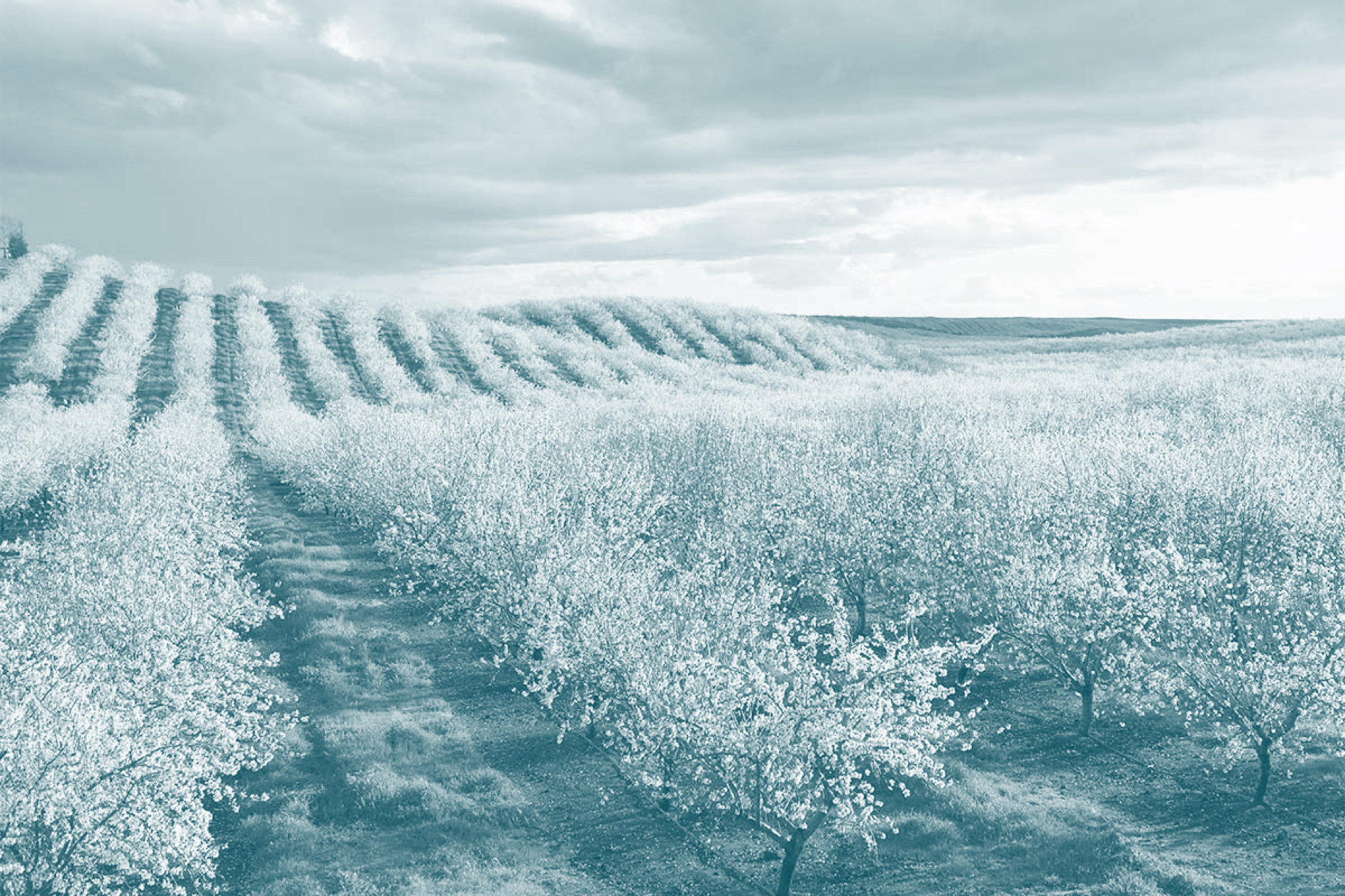 Obtain the lowest
cost Ag water
Your well will produce clean water in wet or dry years averaging 35% less than the past 5-year average cost of supplemental water.

Augment your district
or supplemental water
Keep your land productive. Always assure your almonds, pistachios, citrus and other crops always have water.

Enjoy an improved
banking relationship
Show your bank that you have a secure second source of water.
How it Works 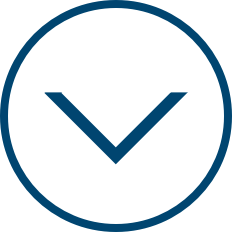 We work together to understand your water needs, crops, field layout, etc.

You provide a water analysis of your well. With this information, we model the system performance, select an appropriate pretreatment solution, and create a proposal.
After Successful Visits

We sign a long-term supply agreement to provide treatment as a service. You only pay if the water meets your spec.

Depending on the analysis, we may install a pilot scale demo (complete with customized pre-treatment to remove select contaminants) to validate the system performance.
Installation

We pour a concrete pad, deliver the containerized system, connect to your power source and well-head.

We commission the complete system and make sure that it is remotely connected to our operations center.

We partner with the finest local irrigation companies for ongoing maintenance services.  All maintenance fees, parts, and equipment requirements are included in the low monthly fee.

For the next 10 years, avoid water shortages and receive quality Ag water for much less than supplemental water.
How It Works

We work together to understand your water needs, crops, field layout, etc.

You provide a water analysis of your well. With this information, we model the system performance, select an appropriate pretreatment solution, and create a proposal.
After Successful Visits

We sign a long-term supply agreement to provide purification as a service. You only pay if the purified water meets your spec.

Depending on the analysis, we may install a pilot scale demo (complete with customized pre-treatment to remove select contaminants) to validate the system performance.
Installation

We pour a concrete pad, deliver the containerized system, connect to your power source and well-head.

We commission the complete system and make sure that it is remotely connected to our operations center.

We partner with the finest local irrigation companies for ongoing maintenance services.  All maintenance fees, parts, and equipment requirements are included in the low monthly fee.

For the next 10 years, avoid water shortages and receive quality Ag water for much less than supplemental water. 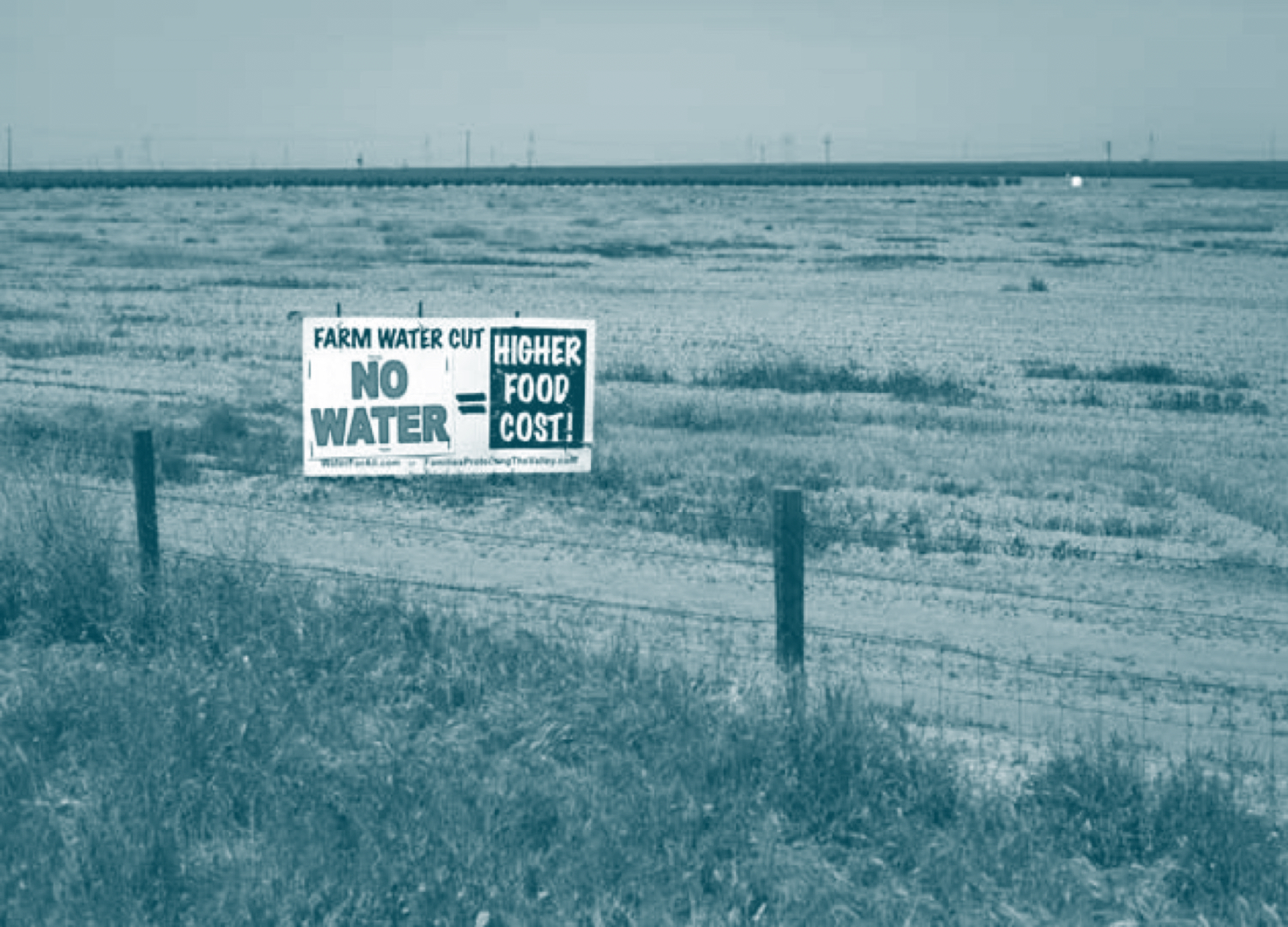 Our Story and Approach

We come from the solar business where innovative business models were developed for the deployment of residential, commercial, and utility scale projects. We have applied key attributes from these models to the agricultural market to greatly reduce the risk growers face with unpredictable water supply and fluctuating prices.

We can provide clean water at a known, stable, inexpensive price over a long-term contract with minimum purchase levels.  Our approach benefits all parties and specifically provides growers with long-term water price and supply certainty. 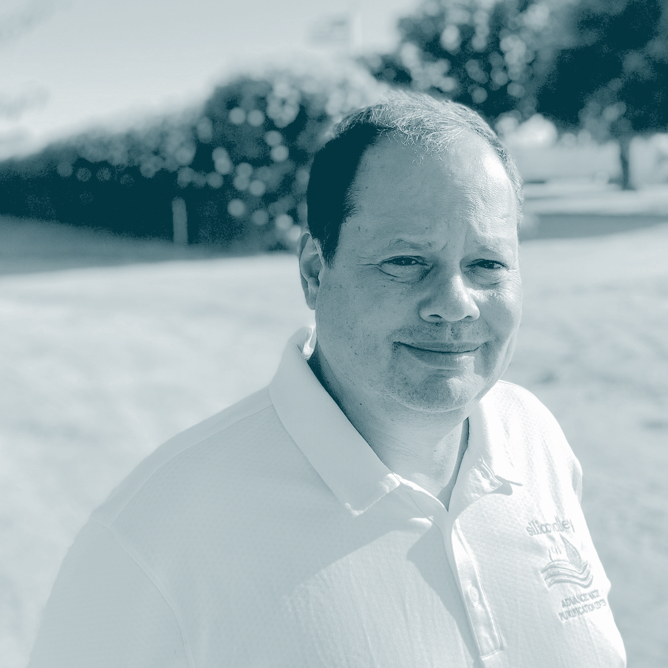 Gary Kremen, has been a public servant, investor and innovator in the water and energy sectors for the last 15 years. He currently sits on the boards of the San Luis-Delta Mendota Water Authority, the Delta Conveyance Finance Authority (Vice Chair and executive board member), and the Santa Clara Valley Water District. He previously served as the President of the Board of Directors of Purissima Hill Water District and as the Secretary of the Water Conservation Committee for Los Altos Hills. He was the incubator, founding investor, and Chairman of the county's leading water conservation company, WaterSmart Software, which produces the Home Water Report, helping water users save an average of 5% of their water usage via easy-to-follow recommendations and has saved over a billion gallons of water. 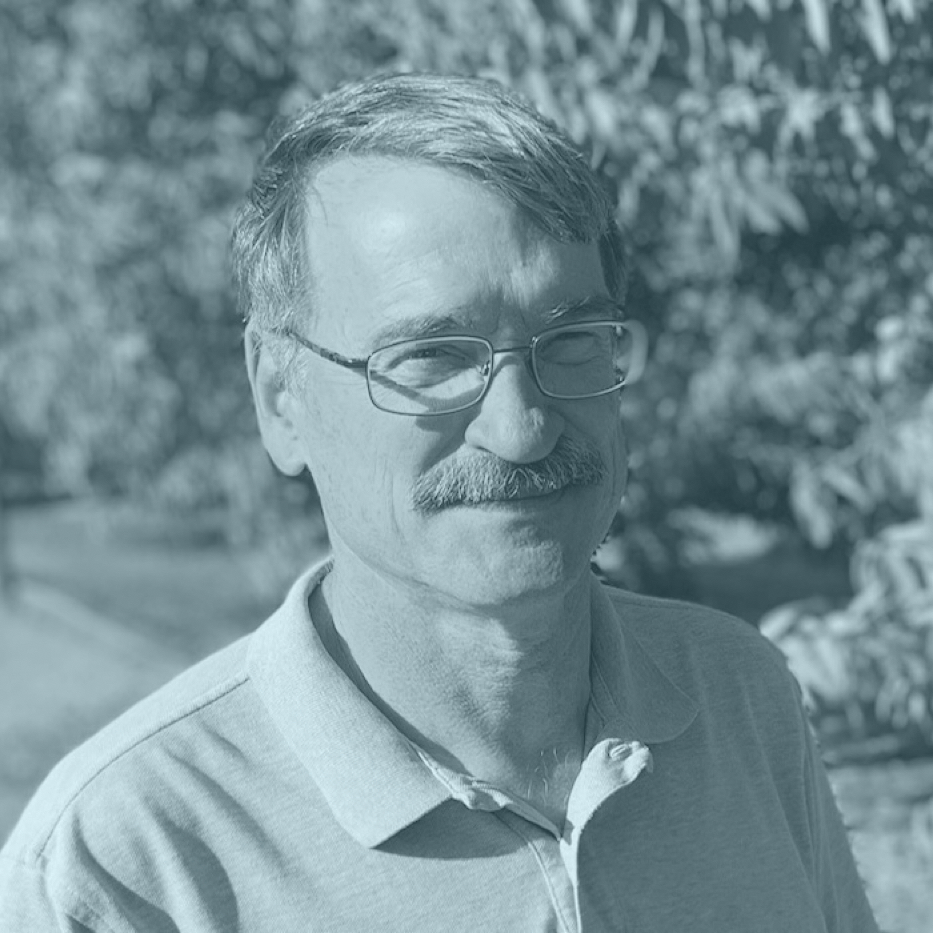 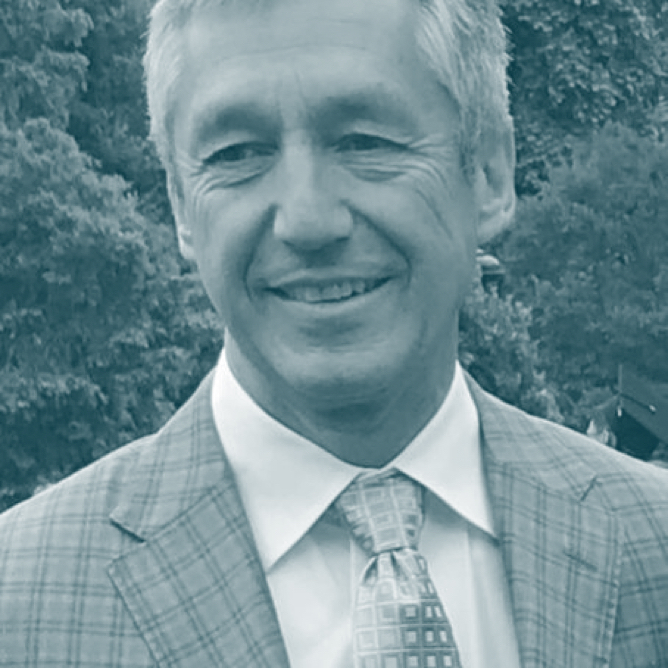 Mr. Lueck is our water treatment specialist. He has designed treatment systems, provided troubleshooting and startup services, conducted pilot tests and feasibility studies, and developed monitoring and control systems specifically for reverse osmosis and ultrafiltration applications. Mr. Lueck has authored a number of water treatment articles and trade journals. He has also served on the editorial board of Separation and Filtration Systems magazine. He previously served on a committee formed by the American Institute of Chemical Engineers to establish testing guidelines for reverse osmosis performance. 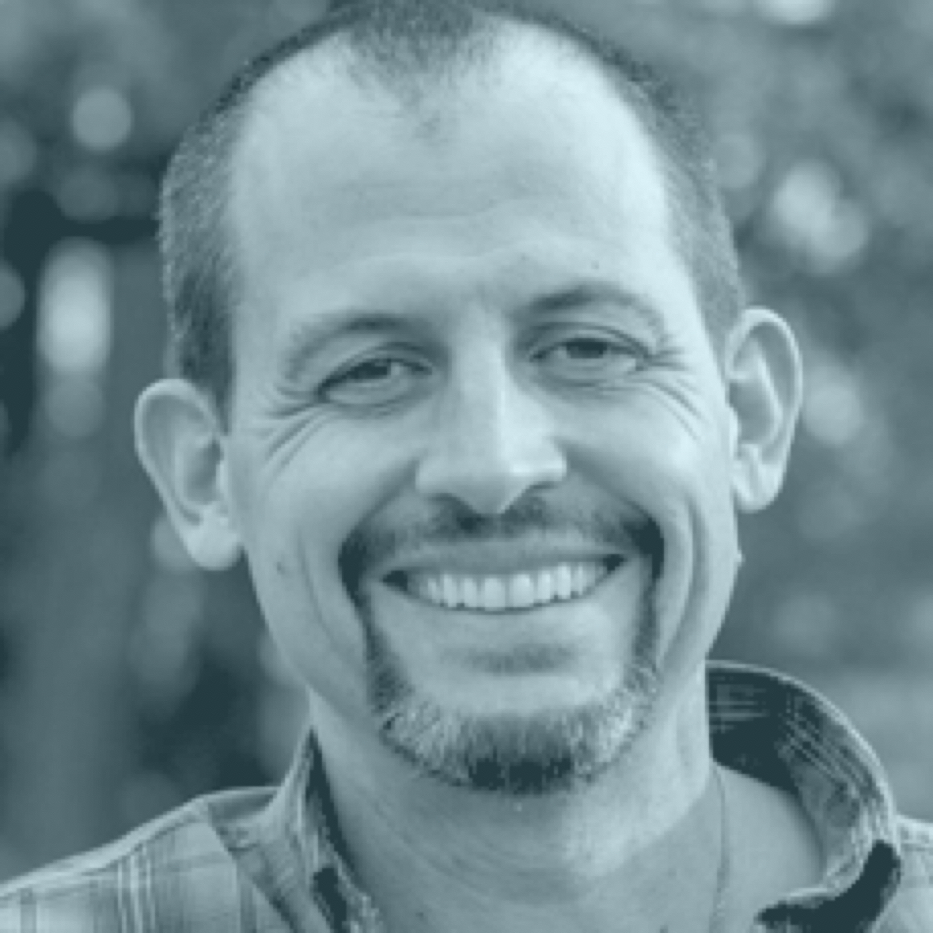 Cannon Michael is the President and CEO of Bowles Farming Co, a major producer of almonds, tomatoes, watermelons, and cotton, headquartered in Los Banos.  He is the 6th generation of his family to work in the family farming business and is a strong advocate for California agriculture and intelligent water policy.  He serves on association boards of directors, speaks at water rallies, and helps offer ideas to advance agriculture’s success. He is Chairman of the San Luis & Mendota Water Authority, a director for the Cotton board, the San Luis Canal Company, and the Henry Miller Reclamation Board, amongst others. 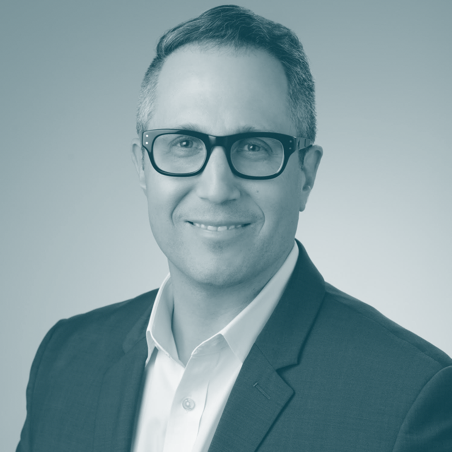 Jon Reiter is a principal of Cavalrei, a consultancy offering services in the agriculture, finance, solar and water industries.  From 2013-2019, Jon served as the CEO of Maricopa Orchards, a leading almond, pistachio and fresh produce grower. Jon led the company on, among other things, a multi-pronged water strategy that included federal and state surface water, long term surface water contracts and groundwater banking. He sits on the boards of Wheeler Ridge Maricopa Water Storage District, the White Wolf Groundwater Sustainability Agency, the Arroyo Passajero Mutual Water Company and Sustainable Conservation.

Before joining Maricopa Orchards, Jon was a finance attorney for Milbank where he represented developers, lenders and investors in the water and renewable energy industries. Prior to Milbank, Jon worked for British Telecommunications (BT), a Global Fortune 500 communications company, where he was responsible for global procurement and real estate transactions as well as leading BT’s renewable energy efforts in the Americas. Jon joined BT upon the sale of his prior technology company to BT in 2004. Prior to BT, Jon was a mergers and acquisitions attorney with O’Melveny.

Jon graduated from UC Berkeley with a Bachelor of Arts degree emphasizing Political Science/Environmental Science Policy and Management. Jon went on to earn his JD/MBA from the University of Southern California.  Jon is a member of the California State Bar, a California real estate broker and a private pilot.

Contractual
How long of a contract must I sign?

The standard contract is for 10 years and includes a requirement that the grower purchase a minimum amount of treatment services every year.

Does the pricing vary between different systems?

Yes it can, depending on the well chemistry and crop requirements. For example, high boron, iron, silt, or manganese wells require additional pretreatment upstream of the reverse osmosis membranes. High TDS inlets and stringent crop (or exchange) TDS requirements also will affect pricing. In any case, a long-term price will be determined up front and honored over the lifetime of the contract as long as the water impurities stay within a given tolerance.

What if I don’t need water during the winter months?

It’s permissible to turn the system off for a few months as long as the annual commitments are met. Most growers throttle down in the winter months and then ramp up to the maximum flows in spring and early summer, attaining an average flow that satisfies the minimum purchase requirement.

Technical
What flow rates can the system handle?

The system is designed for an average flow of 750 gpm, 1200 gpm maximum of treated water. Because there is a brine stream of approximately 10-20%, the inlet flows will be higher by these amounts.

Do I need a VFD on my wellhead?

Although variable frequency drives are beneficial and provide an additional level of control, they are not required for our system to function. Wells with capacity beyond 1400 gpm will require a bypass.

Can you also treat tile and drain water?

No, our technology was not designed for this. Our treatment service is designed exclusively for mildly salty well water with naturally occurring contaminants.

Can you remove boron from my water?

Yes, although there is a cost associated with pretreatment to do this.

Can you remove nitrates and provide drinking water?

While we do remove nitrates from the water, our service is geared only toward agricultural applications. Drinking water requirements and certification are beyond our scope at this point in time.

What level of TDS is in the treated water?

The TDS level can be tuned to meet the grower’s needs. For almonds, it can be 600 ppm.  For pistachios, 800 ppm. If the grower wants it more stringent yet, that is also possible. Reverse osmosis creates water that is < 50 ppm which we then blend with the feed water to create the desired output specification.

How big is the treatment system?

The water treatment system comes in a 40’ shipping container. There may be a single container or two of them, depending on the pretreatment requirements. We may also utilize some external tanks which are housed behind a secure fence.

Installation and Operational
What do I do with the brine stream?

Please contact us below to discuss various strategies for disposing of the salty brine.

What is required to install the system?

Water Assurance Partners is responsible for delivering, installing and commissioning the system. After signing a contract, we will:

The owner is responsible for disposal of the brine stream. WAP can provide guidance.

What are the key parameters that are monitored during operation?

Remote monitoring (typically via cellular network) allows us to confirm the

Other
Can I utilize solar generated electricity to power the water treatment system?

Absolutely. We are solar fans and can help you with this if you have not yet installed solar on your property.

Thank you! We've received your message.
Something went wrong with our form. Email us!